Contact US
PROJECT
Scott Gillingham for Mayor
When
2022
WHAT

Scott Gillingham was running for mayor of Winnipeg and was up against a well-known individual who had previously been the city’s Mayor. Scott needed a way to showcase his platform and personality in an effort to gain recognition and trust from the residents of Winnipeg. In addition, Scott’s campaign team was not able to successfully run digital ads for political messaging (.ike most political candidates).

We used our relationship with Meta to establish approval to run political messaging campaigns, and produced multiple Same-Day video productions with Scott. We designed a new fresh website for his platform and created custom conversion events and audience segmentation. We also deployed multiple digital ad campaigns to promote his platform and gain reach beyond the other candidates in the election. 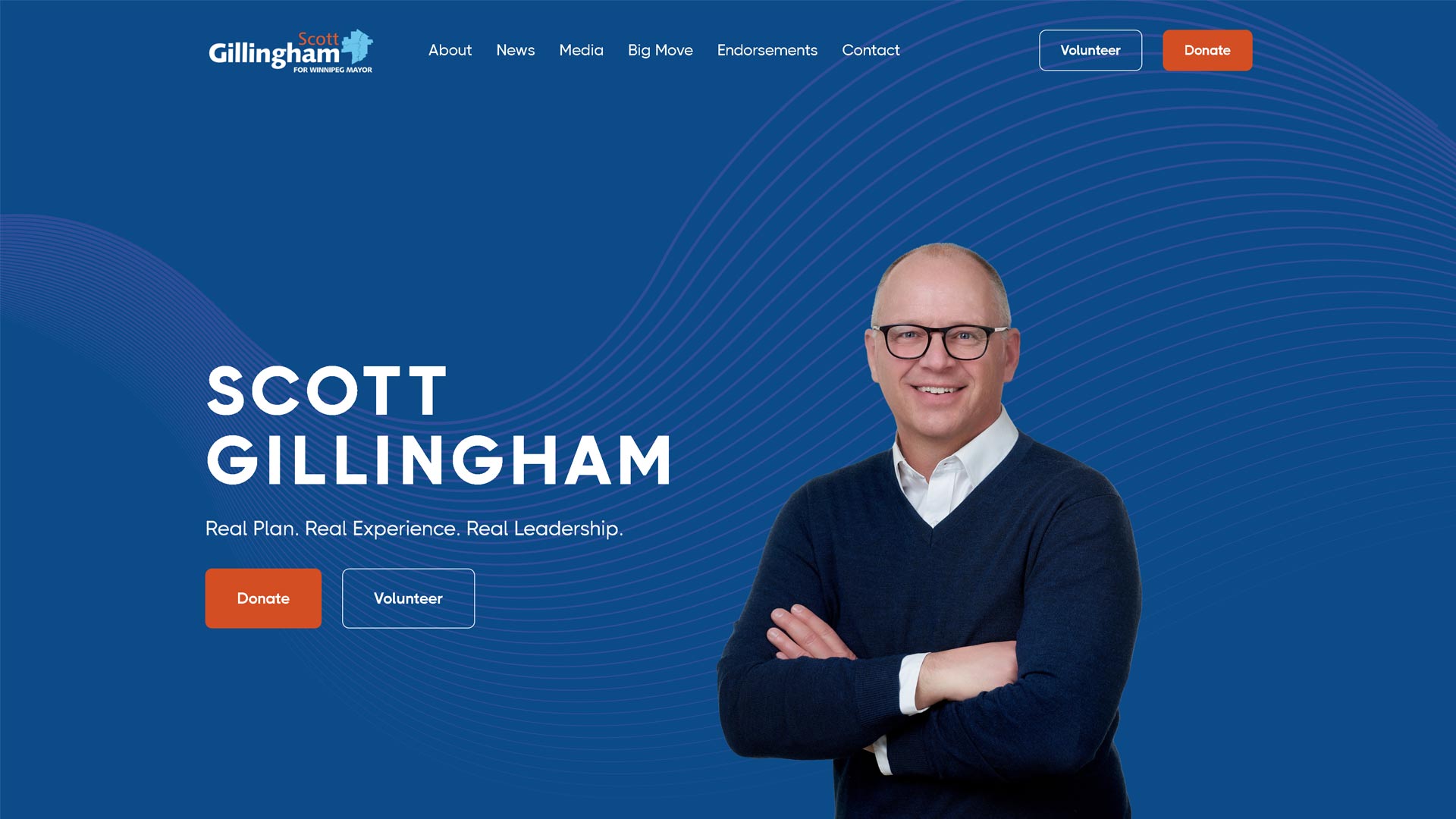